Climate change is already creating problems for both human and natural systems.

Scientists have documented changes in:

While each and every extreme event can’t be blamed on climate change, the frequency and severity of such events are both increasing over time. A useful analogy is the recent uptick in the use of steroids in professional baseball – can you attribute any single home run to the use of steroids? Not really. Climate change is basically the climate – on steroids. 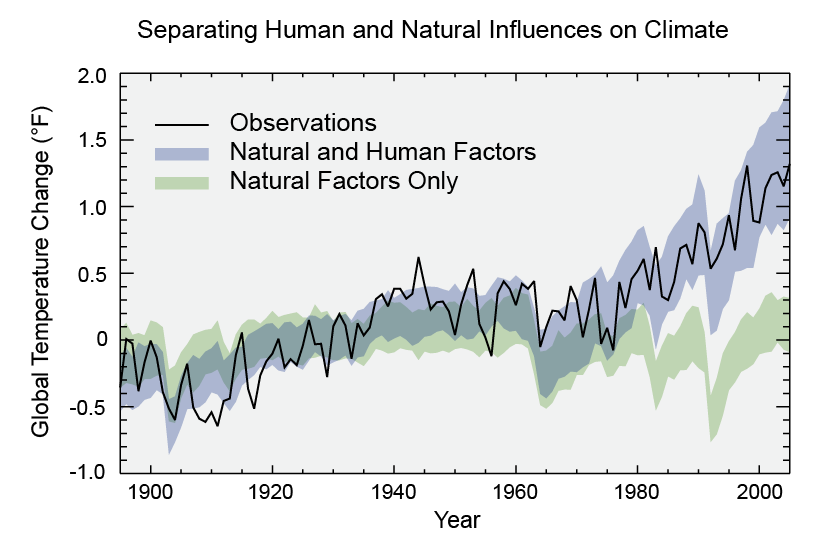 These climate shifts have significantly affected human communities and the natural resources they rely upon. Consider the evidence:

Future changes will happen even faster

Climate change is expected to accelerate in the coming century. While CO2 has increased 40% during the last century, it is expected to increase 300% by the end of the current century. We’ve only begun to feel the impacts, so get ready for the ride. Here are some projections.