Climate Change Around the World 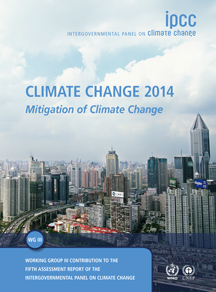 The Intergovernmental Panel on Climate Change (IPCC) is the leading international body for the assessment of climate change. It was established by the United Nations Environment Programme (UNEP) and the World Meteorological Organization (WMO) in 1988 to provide the world with a clear scientific view on the current state of knowledge in climate change and its potential environmental and socio-economic impacts.

In 2013 and 2014, the IPCC released its Fifth Assessment Report (AR5) on Climate change. AR5 provides a clear and up to date view of the current state of scientific knowledge relevant to climate change. It consists of three Working Group (WG) reports and a Synthesis Report (SYR). The three WG reports cover (1) The Physical Science Basis, (2) Impacts, Adaptation, and Vulnerability, and (3) Mitigation of Climate Change.