After a year of advocacy from climate change organizations across the country, the federal government released Volume II of the Fourth National Climate Assessment late last year. 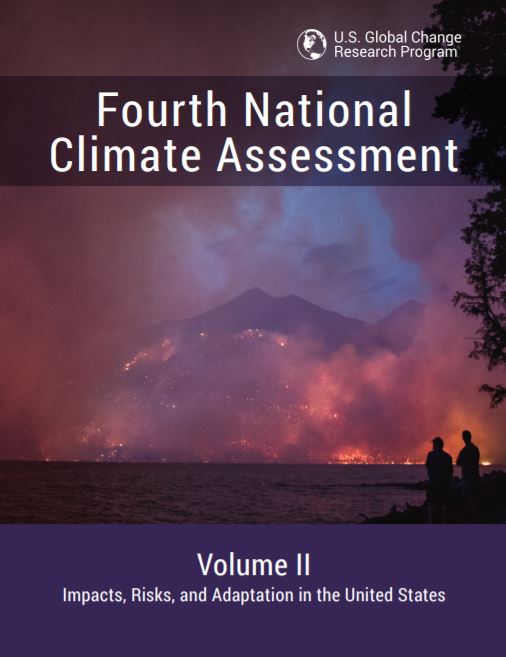 The National Climate Assessment is made up of two volumes. The first is a science report - very dry and nearly incomprehensible for local governments. For them, the important part is the second report, which assesses the impacts of climate change on resources and populations around the country.

In late 2017 a strategy session was held in Washington DC by organizations working to protect the National Climate Assessment from the climate deniers in the Trump Administration.

The science report (Volume I) had been released and the draft of the second volume on effects was out for comment, but President Trump had deliberately chosen not to renew the advisory committee that was guiding it.

Our very real fear was that without the advisory committee in place, the federal government would indefinitely delay the release of the second volume or that it would be released with manipulated information.

Here at the Geos Institute, we use the National Climate Assessment in our work with communities, so it was critically important that the second volume be published and that it be credible.

The constant pressure applied to the Trump administration by civic organizations was key to forcing the administration to release an accurate National Climate Assessment Volume II in late 2018.

If you are working on climate change in your community, the information in the National Climate Assessment Volume II may be particularly helpful in building support for local action.

The National Climate Assessment report follows closely on the heels of the special report published by the International Panel on Climate Change. That report issues the dire warning that we must reduce our greenhouse gas emissions by 45% from 2010 levels by 2030 if we are to have any chance at all of heading off the global climate crisis.

We have 11 years. It is a call to action if ever there was one – and a reminder about the importance of the work we are all doing during this very difficult time in human history.