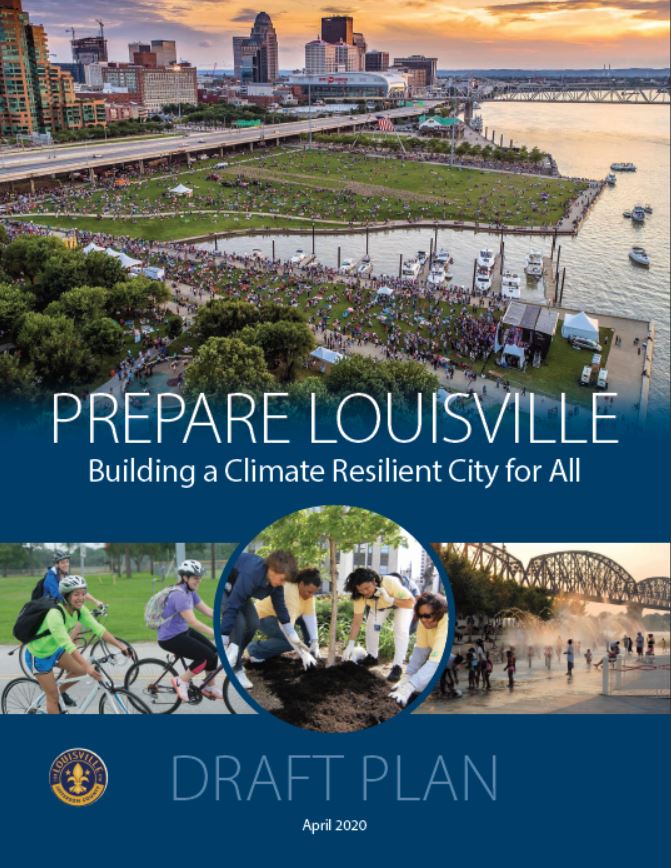 The Geos Institute is honored to be working with the Office of Sustainability to develop a Vulnerability Assessment and Climate Adaptation Plan for the Louisville Metro Region. We are teaming with Climate Access to increase dialog with local stakeholders. This important and exciting work will commence in February 2019, and continue into the next year.

What's up with the weather in Louisville? from Geos Institute on Vimeo.

The Climate Adaptation Strategy Design Session was held on Friday June 27, 2019. Stakeholders worked together, across sectors, to develop solutions to address the climate vulnerabilities identified and prioritized in the previous working session.

Louisville Metro also co-hosted a series of 3 public events to communicate our efforts to the larger Louisville community and gather diverse input to further guide the development of our plan.

The climate risk and vulnerability assessment was held on Friday June 21, 2019 at the United Way in downtown Louisville. It was highlighly successful with lots of great information collected. Thanks to everyone who attended!

The official kickoff for this project was held on March 22, 2019 at the Metro Development Center in downtown Louisville. With 24 people in attendance, the Geos Institute and Climate Access provided an overview of Whole Community Adaptation and the engagement process designed specifically for Louisville. Many people from Metro Government and local community organizations described how their work relates to and can complement this project (and vice versa). After the general kickoff, a meeting was held with members of a Strategy Team, comprised of community members and metro staff from diverse sectors. This team brainstormed how to ensure it is representative of the full range of diverse populations in Louisville.