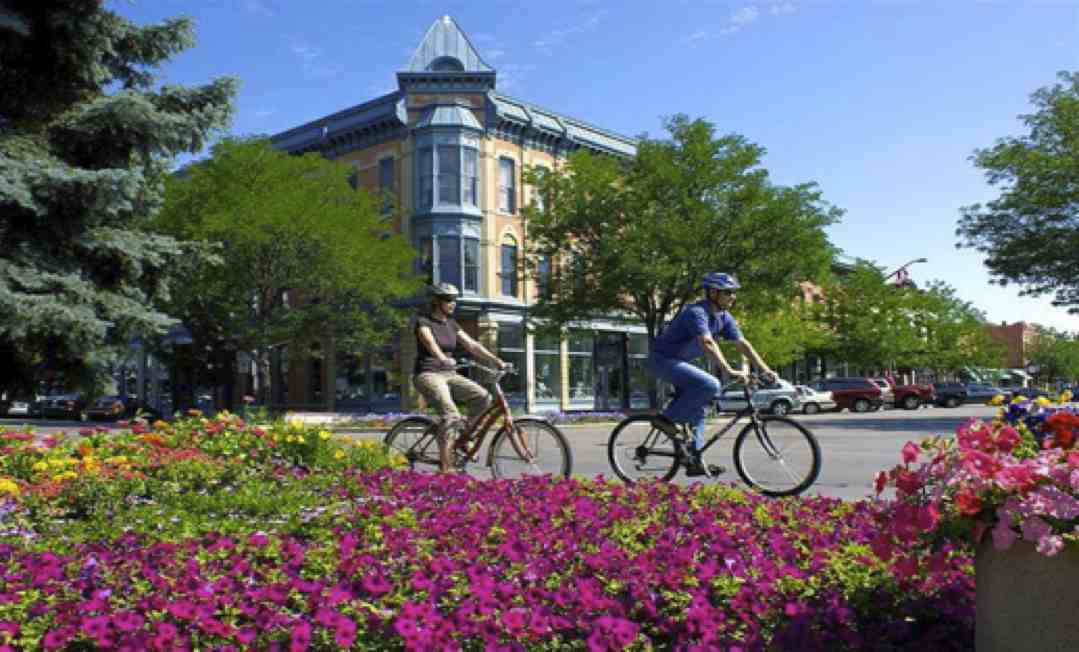 The Front Range of Colorado has experienced much change over the last few decades. Future change may be even more striking. In addition to population growth, continued development, and economic diversification, the Front Range is expected to experience substantial impacts brought on by climate change.

The last two years have emphasized the vulnerability the Fort Collins community and its regional neighbors can experience due to extreme weather events. Because of events such as the High Park fire, the hottest year on record, and recent flooding, there has been substantial devastation to the region. To be proactive and prepared to protect and maintain our quality of life, Fort Collins must prepare for such future events and the potential for increases in severity and frequency due to a changing climate.

Fort Collins, Colorado created a Climate Action Plan in 2008 that aims to cut greenhouse gas emissions while providing multiple benefits to the community and support for other community goals. By 2020, they aim to reduce emissions 20% below 2005 levels, and 80% by 2050. By taking a “no regrets” approach, the City creates numerous benefits to the community while also reducing their emissions. Benefits include better air quality, better health, monetary savings, locally sourced renewable energy, and higher quality of life for residents.

In 2013, Fort Collins started to work on similar “no regrets” strategies that prepare the community for the impacts of climate change. Many of these impacts are already underway and are expected to worsen over time, even if emissions are reduced. As a first step in this process, the Geos Institute helped the City conduct a Vulnerability Assessment to determine what resources and populations are most vulnerable to the changes ahead. The Vulnerability Assessment for Fort Collins included an assessment of climate change impacts and trends, a workshop for department heads, and another workshop for city staff. 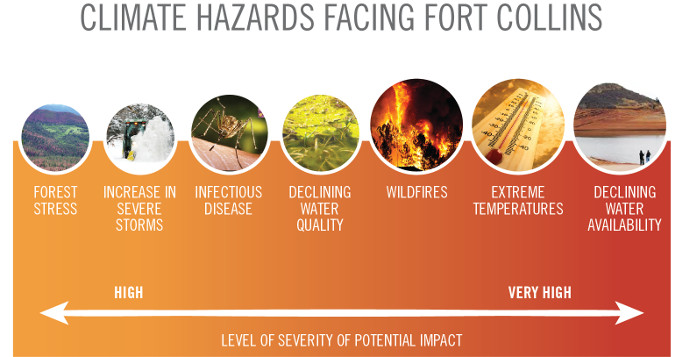 Historic emissions have and will continue to impact our climate. Climate change is an urgent challenge that requires us to develop, and leverage, extraordinary capacity for resilience and innovation across sectors. In 2012, throughout the nation there was record heat and drought. Fort Collins suffered record wildfires that impacted the watershed- a key source of water and pride for Fort Collins. In 2013, the Colorado Front Range experienced extreme flooding that killed people, destroyed homes, business and public infrastructure. Climate science indicates we should expect more of extreme events in future.

The Geos Institute led City departments through a process to identify overall vulnerabilities by exploring the three components of vulnerability: EXPOSURE, SENSITIVITY, and ADAPTIVE CAPACITY.

Sensitivity is the level of change that is expected based on the projected impacts. For example, people with asthma might be highly sensitive to changes in heat that increase air pollution and allergens, while people without respiratory problems might not be sensitive. 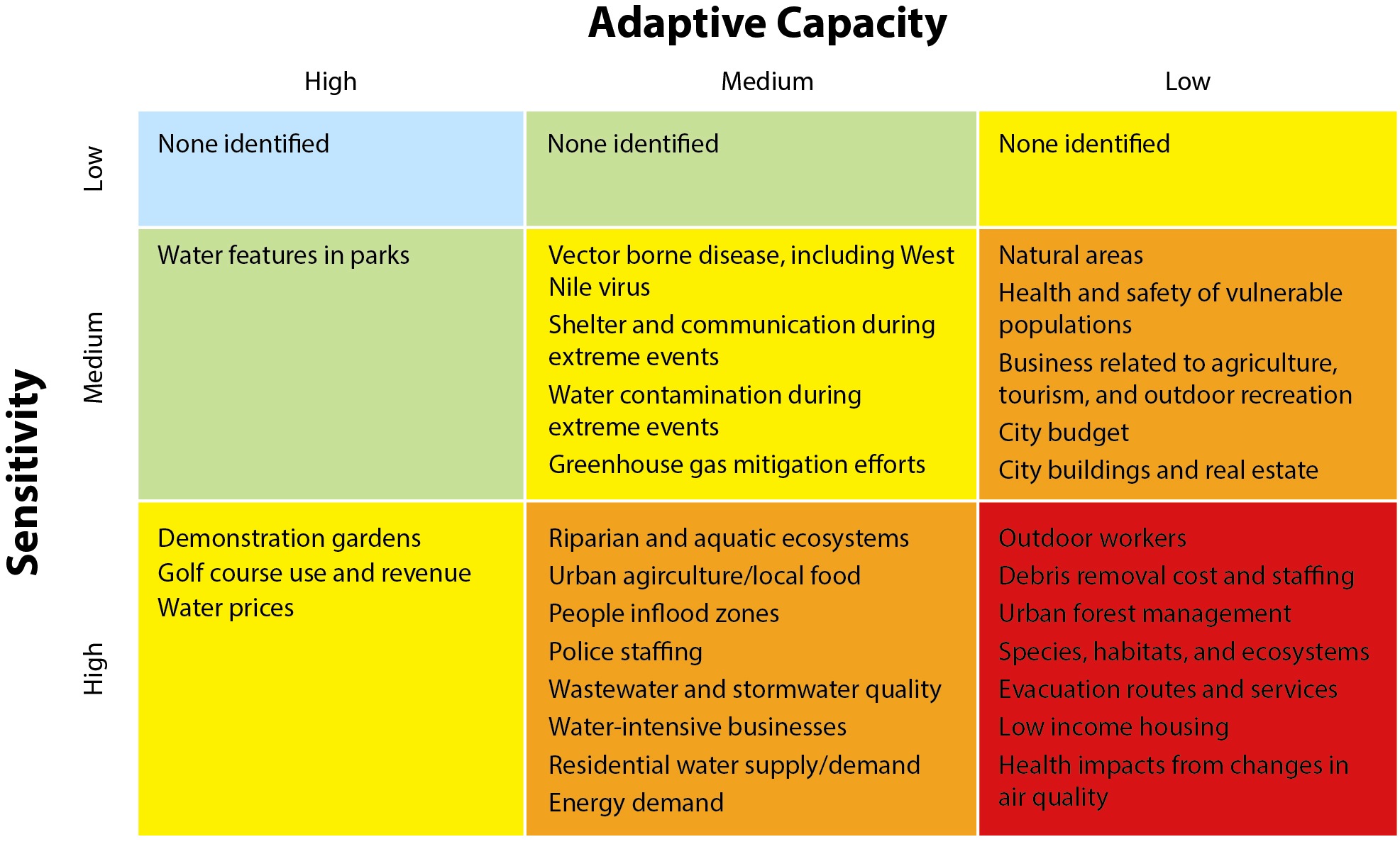 Some identified vulnerabilities for the City of Fort Collins. Populations and resources with high exposure to climate change impacts (not shown), high sensitivity to those impacts, and low adaptive capacity are most vulnerable (in red). While the color indicates the level of vulnerability, prioritization for action might take into account local values, whether or not there are alternatives, the time frame for impacts, and many other factors.

Measures to reduce vulnerability in Fort Collins could include: 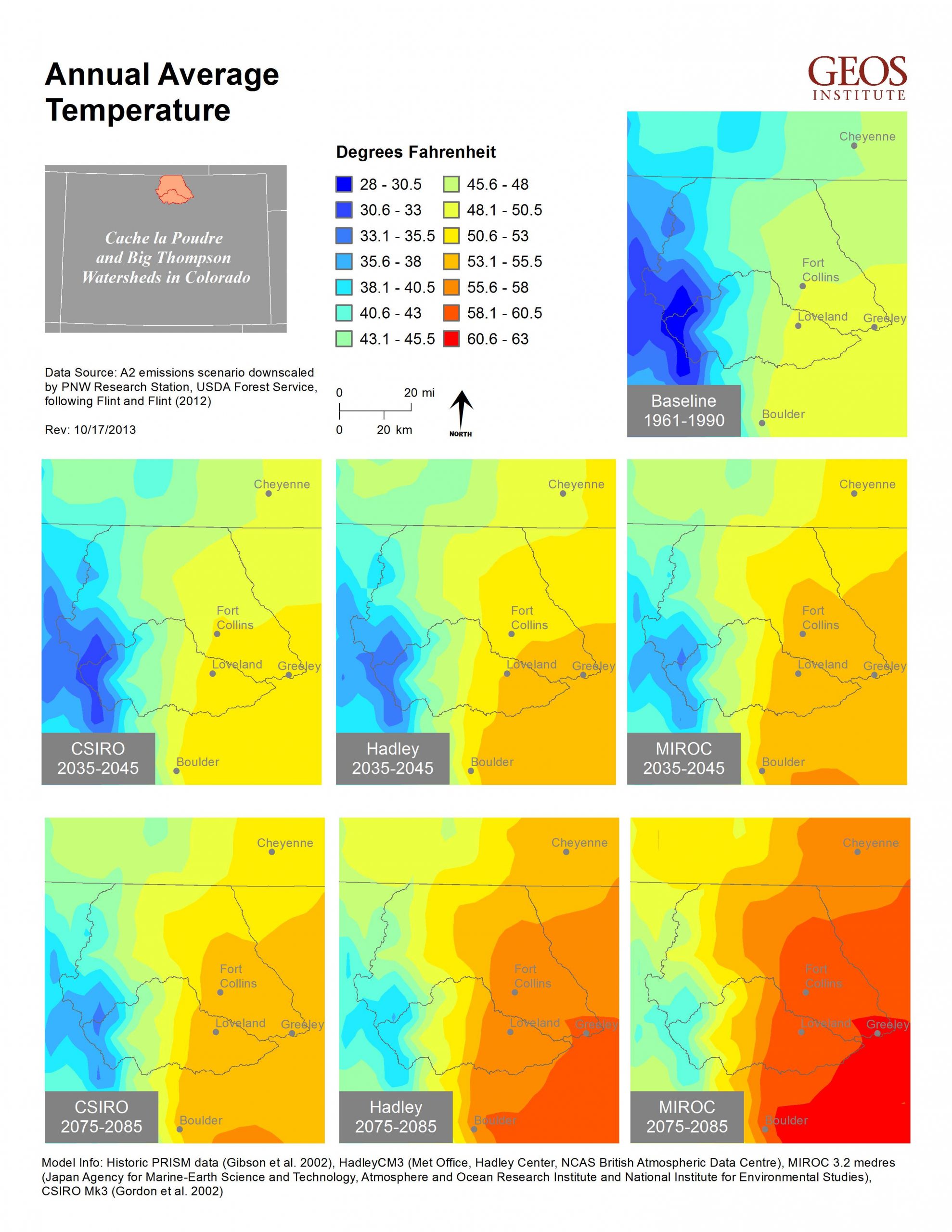 Projections of average annual temperature across the Cache La Poudre and Colorado-Big Thompson Watersheds for the historic period (1961-90) and two future time periods (2035-45 and 2075-85). Projections employ three different climate models (CSIRO, HadCM, and MIROC) and the A2 emissions scenario.