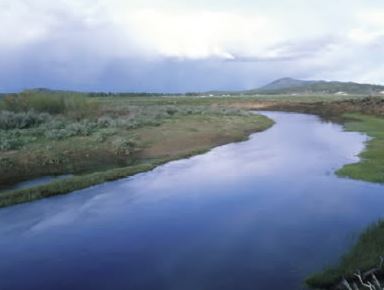 Many of the impacts from climate change are already becoming apparent, such as an increasing average global temperature, rising sea levels, earlier snow melt, loss of snow pack, and changing precipitation patterns and storm frequency. Without severe cuts in greenhouse-gas emissions, these impacts and others will continue to accelerate and negatively affect local communities and natural resources. While efforts to reduce emissions of greenhouse gases are essential to prevent the most severe impacts, we must also take steps to prepare for the impacts of climate change already inevitable due to emissions that have previously been released.

This project is the result of a collaborative effort. The USDA Forest Service Pacific Northwest Research Station developed projections for the potential future climate of the Klamath Basin. The University of Oregon’s Climate Leadership Initiative and the GEOS Institute presented these projections to local leaders and experts in the Klamath Basin through a series of workshops. Leaders and experts used these climate projections to identify likely changes to natural (aquatic and terrestrial species and habitats), built (infrastructure), economic (agriculture, forestry, business), human (health, education, emergency services), and tribal (resources of cultural and indigenous community importance) systems. Finally, recommended strategies and actions were developed to prepare communities and natural resources for those changes.

Future Climate of the Klamath Basin

Three global climate models (CSIRO, MIROC, and HADCM) and a vegetation model (MC1) were used to project future temperature, precipitation, vegetation, runoff, and wildfire in the Klamath Basin. The three climate models projected an increase in annual average temperatures compared to baseline temperatures (2.1°F to 3.6°F [1.1°C to 2.0°C] increase by mid-century and 4.6°F to 7.2°F [2.5°C to 4.6°C] by late century). Summer warming was projected to be greater than warming during other seasons. Projections for annual average precipitation ranged from an overall reduction of 11% to an increase of 24%. All three models agreed that future summers are likely to be drier (a decrease of 3-37%) than past summers. Vegetation model results indicated a shift in growing conditions in the Upper Basin that could favor grasslands in areas currently suitable for sagebrush and juniper. In the Lower Basin, conditions are projected to favor oaks and madrone over maritime conifer forest (redwood, Douglas fir, and Sitka spruce), which are projected to decline. The vegetation model also projects 11-22% greater area burned by wildfire by late century. 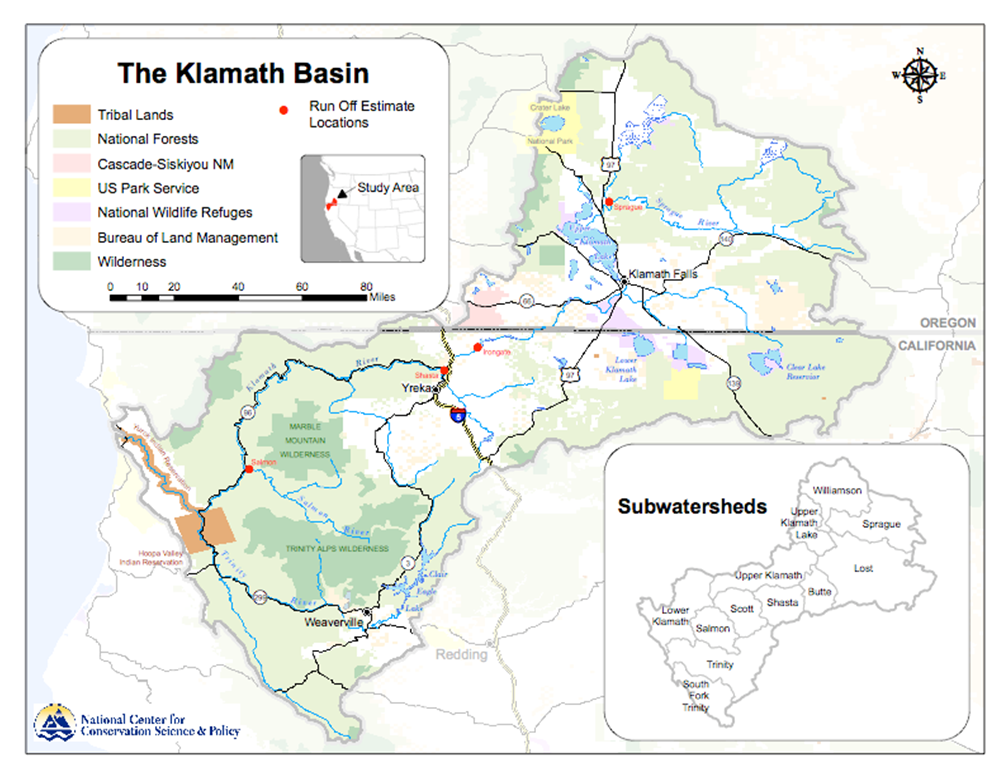 Recommended Actions for Preparation Across Systems