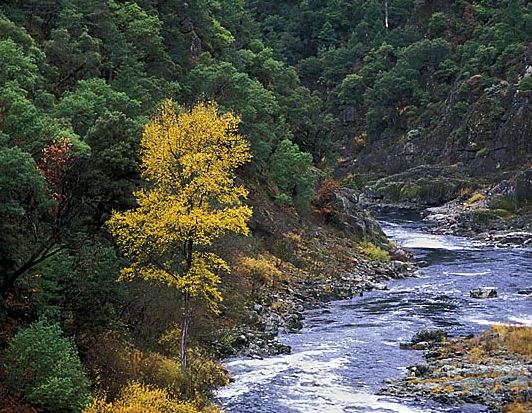 The Rogue will not be the only region to experience the effects of climate change. Every region of the West, nation, and the world will be affected. These changes will, however, have important consequences for the economy, infrastructure, and human services on which the people and communities within the Rogue Basin rely on for their quality of life.

In the summer of 2008, the University of Oregon Climate Leadership Initiative, in partnership with The Geos Institute and the MAPSS Team at the U.S. Forest Service Pacific Northwest Research Station, initiated a project to assess the likely consequences of climate change for the Rogue River Basin. The project began by downscaling three climate models (CSIRO, MIROC, and Hadley) and incorporating a global vegetation change model (MC1) used by the Intergovernmental Panel on Climate Change. A panel of scientists and land managers then assessed the likely risks posed by changing climate conditions to natural systems and made recommendations for increasing the capacity of ecosystems and species to withstand and adapt to those stressors. In turn, a panel of policy experts used the information provided by the scientists to assess the likely risks to economic, built, and human systems within the Rogue Basin posed by climate change and recommended ways to increase resistance and resiliency of those systems. 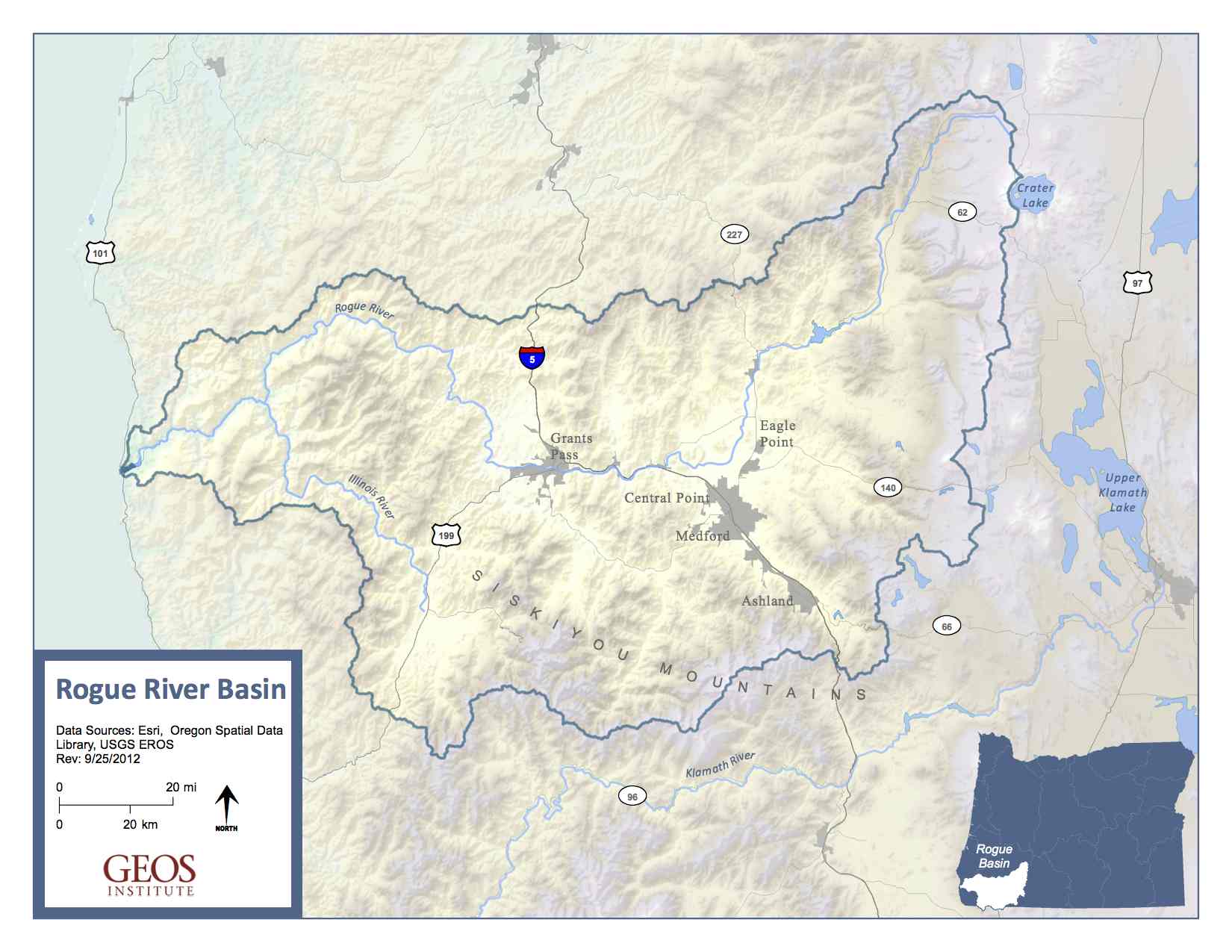 Future Projections for the Rogue Basin:

Based on these projections, the science panel identified the following likely consequences for aquatic and terrestrial systems and species in the Rogue Basin:

Based on the analysis of the risks to natural systems, the policy panel identified the following risks to built, human and economic systems in the Rogue Basin:

The science panel made the following recommendations to prepare aquatic and terrestrial systems for climate change by increasing resilience and resistance:

The policy panel made the following recommendations to prepare human, built, and economic systems for climate change:

Global temperatures are rising in large part due to human activities. No matter how fast human-induced greenhouse gas emissions can be reduced, over the coming decades climate change is likely to significantly stress and transform natural systems in the Rogue Basin. These changes will produce considerable modifications in the way the local economy functions, in infrastructure and buildings, in human health, and in the quality of life of the people who live in and enjoy the Rogue River Basin. Numerous initiatives are already underway within the Rogue Basin that can help people prepare for these effects. Upgrading existing and proactively launching the additional climate preparation steps described in this report in an integrated and co-beneficial manner can build resistance and resilience to climate change and help people and communities adapt and thrive in the future.