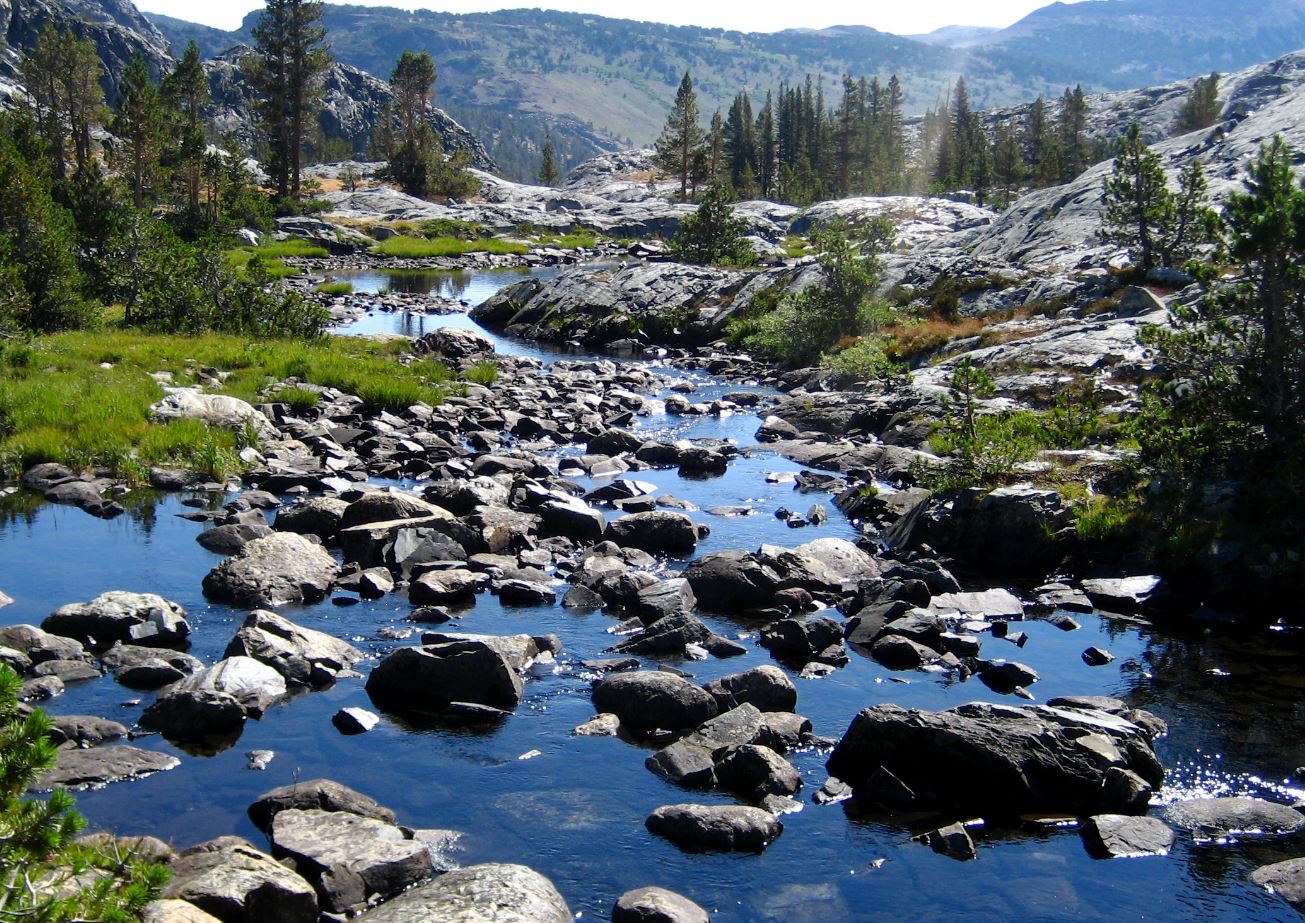 The Geos Institute worked with state and federal agencies, along with NGOs led by EcoAdapt, to develop a work plan for conducting vulnerability assessments and developing adaptation strategies for Forest Services lands in the Sierra Nevada Range of California.

The Vulnerability Assessment Adaptation Strategies (VAAS) extends this project to all lands, rather than just Forest Service, in order to develop a large-scale vulnerability assessment and associated adaptation strategies for focal resources of the Sierra Nevada. Geos Institute provided spatial analysis of existing climate models is part of the science synthesis that provides a review of the relevant model projections and ecological research for the region. A series of workshops were conducted to provide training, resources, support, and tools for participants to apply similar efforts at locally relevant scales. 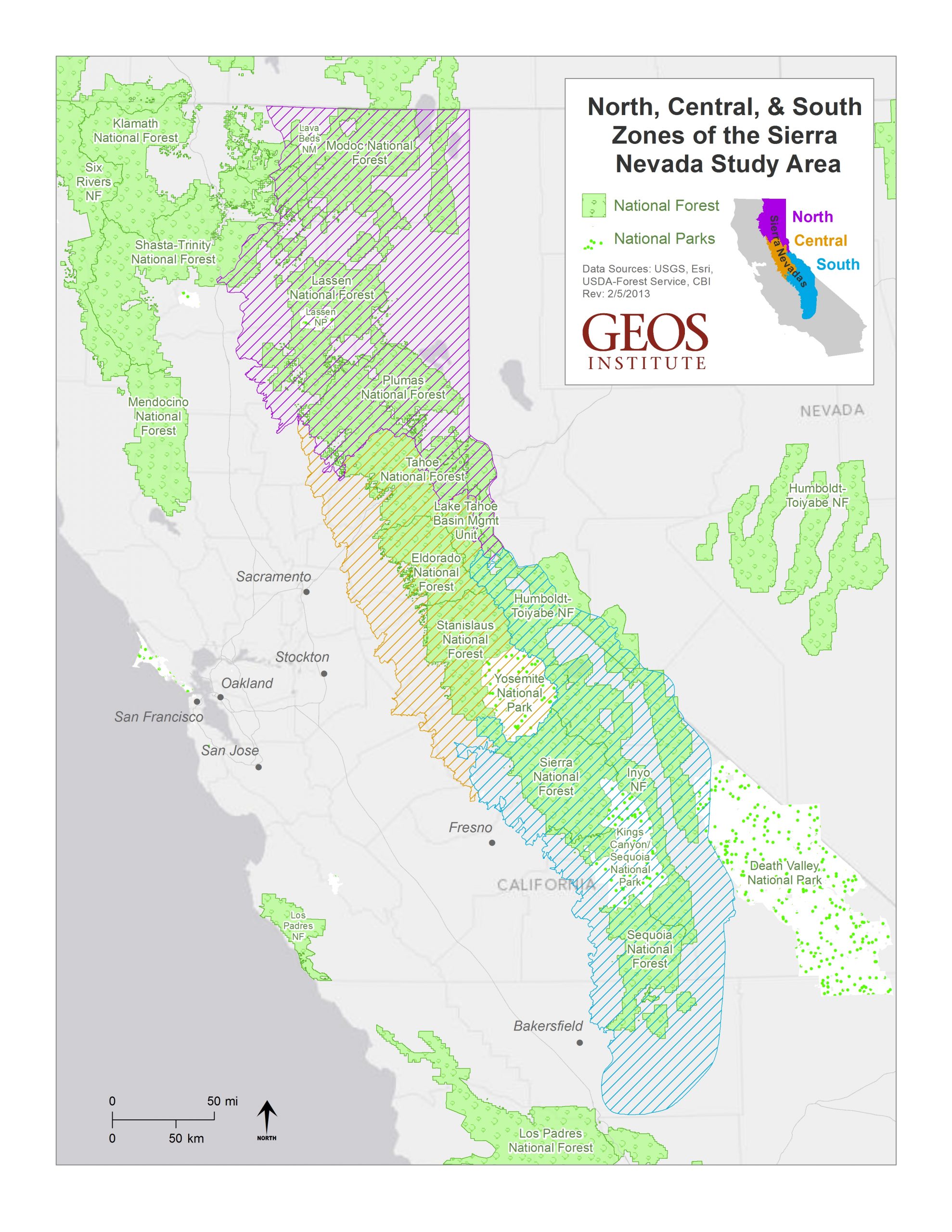 The ecology of the Sierra Nevada is diverse and complex. Ecological zones range from scrub and chaparral at lower elevations to subalpine forest and alpine meadows at higher elevations. Because the eastern Sierra lies in a rain shadow, climate and species composition vary substantially from one side of the crest to the other.

More than half the land area of the Sierra Nevada is in federal ownership. USFS and BLM own 52% while 15% of the Sierra is protected as parks or wilderness areas.

Broad scale changes in climate are already impacting local conditions across the West and are likely to continue and accelerate in the coming decades. Changes include the timing and availability of water, changes in tree and wildlife species, and changes in wildfire frequency and intensity. Local communities will need to plan for such changes in order to continue to provide vital services to local residents and to support the economy.

Climate change presents us with a serious challenge as we plan for the future. Our current planning strategies at all scales (local, regional, and national) rely on historical data to anticipate future conditions. Yet due to climate change and its associated impacts, the future is no longer expected to resemble the past.

This report provides community members and decision-makers throughout the Sierra Nevada with local climate change projections that can help them make educated planning decisions. We also provide supplementary information from the scientific literature. This report is intended to precede a vulnerability assessment and development of adaptation strategies for stakeholders in the Sierra Nevada.

Many of the impacts of climate change are inevitable due to current levels of greenhouse gas emissions already in the atmosphere. Preparing for these impacts to reduce their severity is called “adaptation.” Preventing even more severe impacts by reducing future emissions is called “mitigation.” Both are needed.